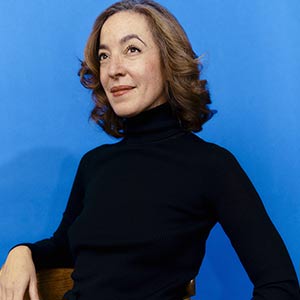 Pamela Golbin “It used to be about designing a dress, now you have to define the universe it will be worn in.”

A historian, a former General Curator of Fashion and Textiles at the Musée des Arts Décoratifs, and later Artistic Director of the Jacquard Residency at Google Arts & Culture, Pamela Golbin is one of the most recognized specialists in the fashion world. She talked to Première Vision about how this world has always been able to capitalize on crises by reconnecting with consumers’ evolving desires.

The fashion landscape is being turned upside down by the pandemic but at the same time it seems to be coming to the close of an era. What is your take on all of this?

Every single aspect – creative, structural, ethical – of the fashion system has been overturned.  But we were obviously at the end of a cycle that was precipitated by the pandemic. It’s pretty clear that the model developed in the early 1990s has come to an end. After the stock market crash of 1987 and the Gulf War, fashion began a profound change that definitively shifted the creative focus into ready-to-wear, while till then it had been centered on Couture. This helped ready-to-wear to take off considerably, with the emergence of big names such as Helmut Lang, Martin Margiela, Miuccia Prada, etc. Then the system was rebuilt by the introduction of a totally new minimalist aesthetic, and that resulted in a greater emphasis on the development of accessories such as sunglasses, bags and shoes. The fashion houses strengthened the growth of ready-to-wear, and some joined forces to further their rise to prominence, giving rise to the major fashion groups we know today.

What were the reasons behind the change?

This took place in the early 80s in response to the desire for a new kind of fashion  – free, irreverent, glamorous, but also closely in tune with women and grounded in modern life.  And it found its expression in a generation of designers who chose to leave the world of couture to challenge conventional wisdom. This was true of Gaultier, Mugler, Montana and Alaïa, but it is worth noting that most of them returned to the couture fold later.

And why isn’t that working anymore?

Because it’s been 30 years already! The issue is both cyclical and generational – fashion evolves to express the needs of the moment and adapt to the changing times. It’s only natural that today another creative and stylistic vocabulary is being developed. Modern values are expressed in a much more open dialogue: diversity has to be part of the conversation, as does sustainability and taking a clear stand against overproduction.

The fashion world looks to be going through a pretty rough time right now. Has it ever been through such a crisis?

Fashion is in crisis when the times are in crisis, but it always surmounts the difficulties and comes up with new solutions. After World War 1, it embraced the new needs of women who had made the country go round and found in fashion a space to express themselves. It is no coincidence that, at that time, we saw designers founding their own houses – Gabrielle Chanel, Elsa Schiaparelli, Madeleine Vionnet and Jeanne Lanvin, for example – while, at the time, many women were unable to gain power in the working world. After 1945, there was an aesthetic and technical revolution, and the cards were reshuffled. Then we saw the start of democratization with the development of licensing. That also coincided with the arrival of houses such as Dior and Balmain, which are still writing fashion history today. In the end, it was during the times of major crises that fashion found the energy to transform and renew itself. These periods are certainly difficult, but they do provide an opportunity to rise to the challenge and find better-adapted methods. Who would have thought, last year, that we could make it through several seasons without the magic of fashion shows? The development of digital platforms has made it technically possible to handle the situation, to overcome it for the time being.

What do you see emerging new from all of this?

We’re seeing the first signs of radical change at all levels. A kind of decentralization is taking place that challenges the hierarchy, the national and international structures. Before now, everyone had their own role and their own schedule, in a well-oiled machine. Now, needs and desires have changed. For some brands, collection dates are still important; for others, they don’t matter anymore. More broadly speaking, fashion now includes everything from prestigious couture to fast-fashion and one-off offerings on social media. All of this is aimed at multiple communities, each of which has its own codes of expression. We are in a period of an intense creative explosion. And the opportunities are there, all bolstered by a new energy!

Do you think we are entering a new creative era?

Communities are all waiting for virtuous raw materials, but this is standard by now. They all demand a responsible approach from all those involved in the production process. Other essential issues include diversity, politics, the role of women. We are now at a pivotal moment where consumers want to align their personal values with their lifestyles, in every aspect of their lives. Fashion has to offer not just a clothing creation but also be the expression of an awareness, a societal position. Before, it was just about designing a dress; today, you have to define the universe it will be worn in. This is good news for fashion because it is growing more and more important in the cultural landscape. In the past, a fashion house could just roll out a collection; now it has to express its values through every angle. By choosing a brand, the consumer chooses a philosophy of life, an esthetic that fits, another way of looking at the world.

How do you see fashion in five years?

The future, as we know, always has many surprises in store. Look, today we all are interconnected with our ultra-precise GPS systems, and yet, here we are at the crossroads, searching for the right road and destination. One thing is sure – thanks to fashion’s ability to reinvent itself, it has always successfully transformed itself, accurately and relevantly.

Our special report on new buying behaviors in fashion continues: 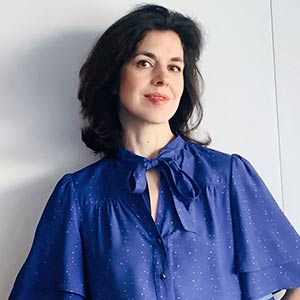 Previous post Special Report: The new situation of the fashion markets Next post Special report : Tuning in to the new fashion desires…Vanessa Seward