One of the world’s foremost fashion experts, Xavier Romatet was President of Condé Nast France for twelve years, and since 2019 has been at the helm of the IFM (French Fashion Institute). He sat down with Première Vision to provide an overview of the industry, and detail the essential changes that must be undertaken to imagine and build its future. 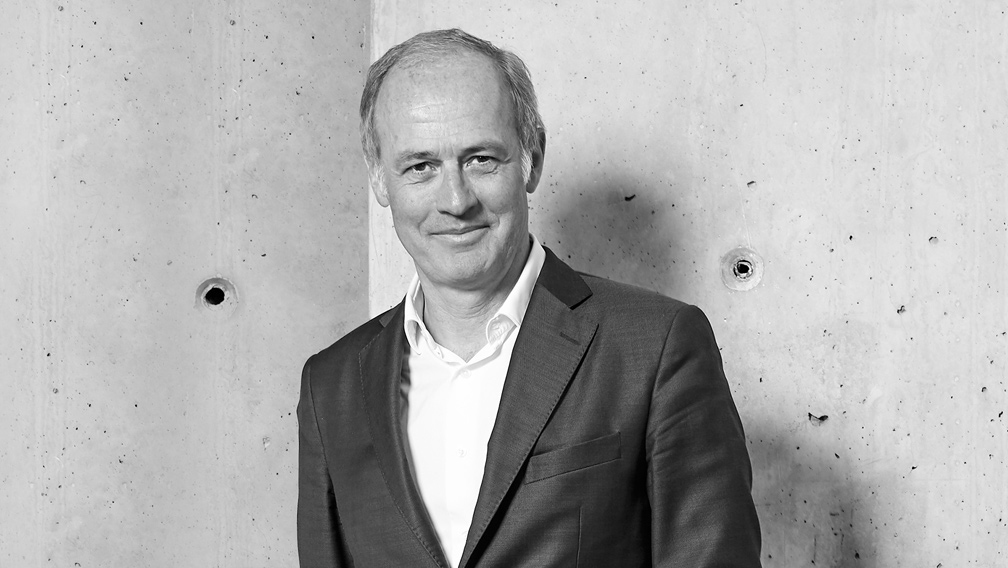 The world of fashion has been undergoing a profound upheaval that has only been accentuated by the current health crisis. What’s your assessment of the situation?

First, let’s remember that fashion is an extremely broad industry which includes many players and business models – from heavyweights like LVMH and Kering to digital brands and smaller houses. The fashion world is enormously diverse and complex. Since the start of the Covid crisis, the whole industry has been going through an extremely complicated time. According to one IFM survey, consumption dropped by 21% in May and June. Looking at the situation globally, various studies, including one from McKinsey, estimate that we won’t return to pre-crisis levels before the end of 2021, or even 2022. Still, this period hasn’t pointed up any new weaknesses, it just accelerated the existing ones, and overturned many of the industry’s fundamentals.

Can you specify which ones?

To start with, distribution channels have been massively digitalized, making it difficult for brands who aren’t similarly equipped.  A full command of e-commerce is now a determining factor, and changes in consumer behavior are only going to amplify this trend. Next, some economic models need to be broadly reexamined, especially, for example, retailers who prefer to place massive purchases of raw material abroad, building up large stocks, and thus allowing for multiple markdowns. In this system, supply exceeds demand. But demand is growing increasingly fluctuating, volatile and uncertain, which seriously jeopardizes the future of these companies. Most of these companies are in fast-fashion, and while Zara or H&M may have the advantage of  their strong positions, no one can afford to ignore these issues.

Has eco-responsibility become a key issue as well?

It’s critical! Now more than ever, it’s about reconciling the consumer with the citizen –  one and the same person looking for virtuous fashion that favors a 360° proximity in terms of production, distribution and even one’s relationship with the brand. The recent period has also focused our thinking about the meaning of fashion, which is largely based on one’s own image and relationships with others, all of which has been called into question during the confinement period.

Given these changes, two types of players will emerge. There will be brands that satisfy the need to get dressed with the best quality/price ratio. Then there’ll be the houses that focus on a notion of pleasure, social need and seductive appeal – which call for creativity and a thoughtful examination of ideas like distinction and difference. These two concepts – utility and pleasure – are not necessarily opposed and both need to be infused with meaning, proximity and responsibility.  Fashion is in fact following the cycle already established by the food sector. Even supermarkets have had to evolve to offer less industrialized products, including local products, organically-farmed products, etc.

Do these changes vary from country to country or is this a large-scale and international movement?

This is a worldwide situation, as we can see by the challenges facing major U.S. stores such as Macy’s, all of which are facing bankruptcy. While they used to play a quite powerful role in an offer-driven distribution system, now they’re struggling to survive. They’re caught between the luxury universe and two major players – Amazon and Alibaba – which are gaining substantial market share. That’s where I see the major confrontation of the future – a battle of giants capable of destabilizing all the models, including that of luxury. We’re really only at the beginning of a major reconfiguration of distribution in the fashion world. And these essential platforms play a key and yet ambiguous role, both competitive and collaborative.

The industry had already begun to transform itself, focusing on several paths to renew itself. Which of these do you think are the furthest along?

The most successful ones involve e-commerce. Many brands have developed their own websites or have joined forces with existing sites. These changes need to be accelerated because they go in the direction of history. During the lockdown, we saw a significant growth in click&collect models, and I think we’ll see a variety of hybrid versions of that – whether that means going to a point of sale before being delivered or the other way around,  going to a website and then trying the product on in a shop.

The trend is continuing, but it remains complex and inevitably long. In France, re-localizing doesn’t involve just local production, but also European production, because our country – which has been destroying its industrial fabric for more than 20 years – doesn’t have the means to achieve this goal. And this policy implies abandoning countries such as Bangladesh and Cambodia, where textile production represents up to 70% of their economies, posing a major ethical problem. Lastly, responsible fashion is great but it’s expensive. Are consumers willing to pay more for it?

There is a lot of talk about the circular economy. Is this impacting the sector? How can brands appropriate the burgeoning interest in it?

The bigger the second-hand market, the bigger the first-hand market. Look at the automotive industry. Second-hand and new go hand in hand, they aren’t in conflict. In fashion, second-hand is still marginal – representing 1 billion euros in France, 20 billion worldwide – while luxury alone represents 235 billion euros. For the moment, the market is dominated by external providers (Vinted, Vestiaire collective, etc.). Brands need to be aware of this trend, and act quickly so as not to fall behind. Some, such as Weston and others, have already begun this process, but today, only 28% of fashion managers consider it a priority. Yet it’s a virtuous system that appeals to new consumers and is destined to gain momentum, especially with the passage of new laws that forbid the destruction of unsold items. Growth rates are already high – between 20 and 30% – and this market will eventually become a necessity for all brands. But brands have so many strategic priorities and many are neglecting this trend – which is a mistake.

All this considerably changes the entire economy of fashion. In what ways, do you think? Is it bound to slow down?

In times of crisis, the fashion industry is always the first to suffer and the last to recover. When they’re in a tight spot, consumers make trade-offs and buy less clothing, which is completely logical. That is the trend we’re in now. But over the last 40 years, the industry has undergone incredible transformations – from the development of ready-to-wear, to the disappearance of multi-brand stores – and has always reinvented itself. Fashion will get back on its feet, of course, because it meets a universal need – the desire to be attractive and to feel good, which is a driving motivator for the middle and upper classes – but it won’t find its way back unless it makes profound changes.

These shifts are seeing some of the players disappear while others are gaining momentum. Who will be the big winners in this revolution?

The very big and the very agile. Big companies because they can slim down during a crisis while the leaner ones die. Agile ones because the world has become volatile and you have to be in a constant state of transformation. The keys to success today are digitization, proximity and community, with Instagram as a sales channel. Even the big groups understand this. LVMH owns Dior but it also owns Patou. Alongside their flagship labels, these groups are developing a whole fleet of small, agile and ultra-creative brands that can adapt to a changing environment. And now, more than ever, growth is a matter of survival.  Without growth, you can’t attract talent.

Can you sketch out for us the futures of fashion? What will it look like in five or ten years?

Fashion is a world of its own, propelled by desire and therefore creativity. Creativity will be more decisive than ever, but different, especially in how it’s presented. Fashion shows will continue but virtual shows will provide a complementary approach. The digital part will become much more important, at least as important as the physical one, and there will have to be a link between the two. The players will evolve too, especially in terms of distribution, with international groups that are powerful and fast moving locally. Consumers will become more and more intransigent – in terms of sourcing, local content and compliance with CSR standards. It’s also possible to imagine a Yuka-like website for fashion sometime soon, serving as a symbol to celebrate all these transformations…

Follow the interviews through our newsletters and Digital Talks to offer a 360-degree panorama. The best analysis and strategies for thinking – and building – the fashion futures. More info here