The word bogolan means « made from mud » in Bambara, the main language of Mali, and designates a type of fabric with a very particular dyeing process.
Bogolan is a hand-woven cotton toile with graphic, geometrical motifs in yellow and black tones, sometimes with touches of red, brown and white. This traditional craftsmanship, spanning many centuries, finds its roots in Mali. It was quickly spread throughout West Africa and particularly to Burkina Faso and Guinea. Bogolan combines the bounty of local natural ingredients: water, earth, sun, natural dyes brought together in several simple steps. 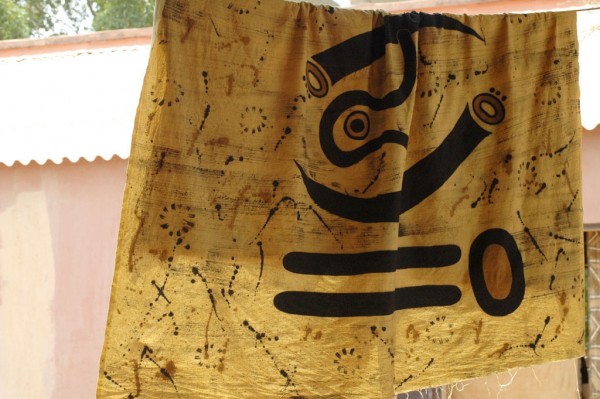 The fabric is first passed through a yellow dye bath whose pigment comes from the leaves of the African birch bush before being sun-dried.
Clay is left to ferment in ceramic jars buried in the earth for several weeks; the resulting dark mud is used to create the motifs. It is applied to the fabric with a brush or a pen, sometimes freehand and othertimes with stencils inspired by nature and stylized hunting and fishing scenes.
These designs are talismanic, each piece destined to a precise ritual use, to mark different moments in the life of the owner. With time, the symbolic heft of the drawings has given way to more playful and decorative graphics. 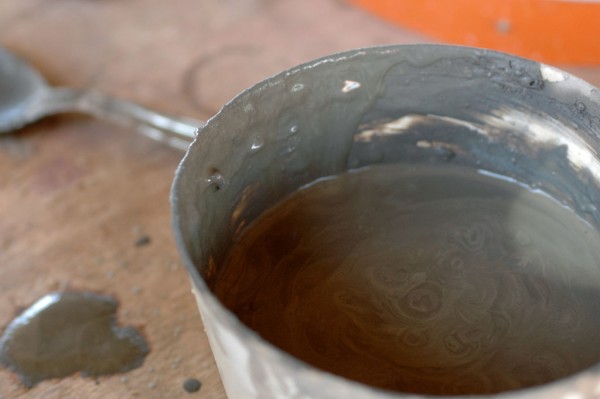 Once the motif is applied, it is again sun-dried: agents in the fermented mud react with sunlight and oxidize the ochre base. When rinsed, the resulting trace is in a dense and indelible black.
While traditional bogolans are bicolor, playing only with the contrast of yellow and black, contemporary pieces are enriched with touches of white obtained by decoloration (with a mix of chlorine, shea soap and detergent) and dark reds and browns from the bark and leaves of local flora.
Since the 1980s bogolan has experienced a revival in the modern african wardrobe. It is employed to make loincloths and tunics and inspires designers, appearing in interior decoration as blankets and wall hangings.