After studying the fine arts and attending l’École nationale supérieure des Arts Décoratifs, Elsa Esturgie could have devoted herself to textile-making, but the final form and purpose of the object called to her. And so she makes clothing, realizing in the process her childhood dream. In 2006, ten years after her first collection, the city of Paris awarded her le Grand Prix de la Création. 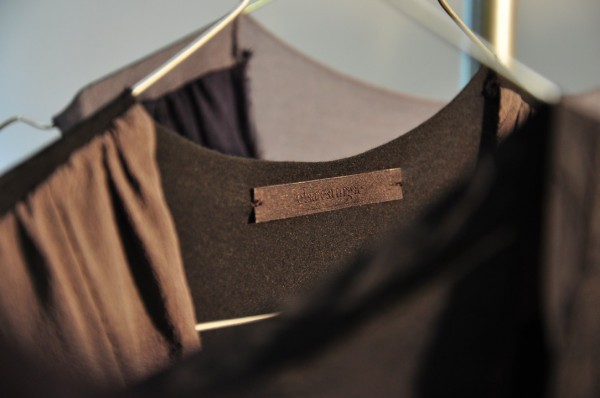 Elsa Esturgie is fascinated by the fundamentals of clothing and the role of textiles as indispensable tools in their creation. She explores this resource with a traditional approach to production, and her early experiments in the creation of new materials earned her distinction in 1997 by l’ANDAM (National Association for the Development of Fashion Arts). Among the noted processes involved in her approach: the hot-application layering of plastic bands and the felting of wool threads. Once one-off experimental pieces, these projects have since given way to equally experimental limited editions. 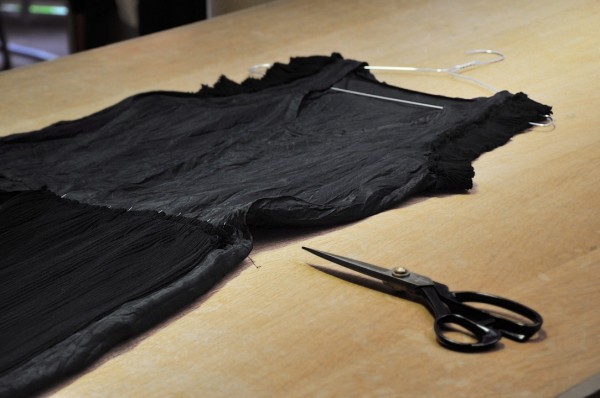 The atelier of Else Esturgie, bright and tranquil, is tucked into a cobblestoned cul de sac, exuding an air of Old Paris in the heart of an historically industrial neighborhood. Half of the year, in a savored silence, she dreams her collections, summer and winter. The fabrics, selected with care, are washed and dyed. Once stressed and tamed, the material reveals its tactile surprises. From here volumes are manipulated and forms are modeled on both mannequins and live bodies.
The result of this is forty prototypes that set the tone of each season. An assistant model-maker handles patronages and other gradations with care. Far from mass manufacture, less than 2000 pieces are produced per season, all of which are made in France – specifically, in Paris and Niort. Elsa Esturgie is currently available at fifty points of sale across the world. 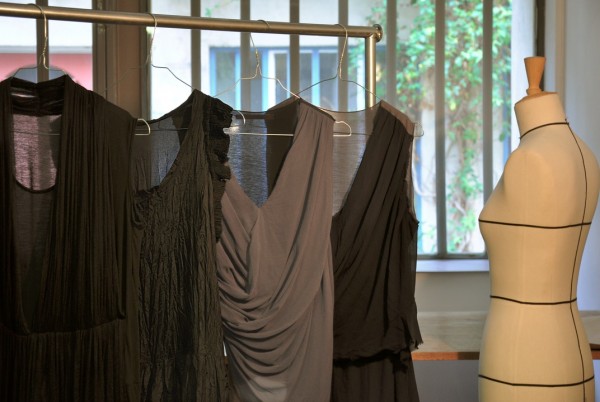 With no need for runway presentations or directly-operated boutiques, and no desire to refine her brand image or design a marketing strategy, Elsa Esturgie maintains, as much as possible, distance from a commercial role. Her brand name, in fact, is her own moniker writ in lowercase letters.
The clothes of elsa esturgie are perennial and free of trends. The beauty that emerges here is one of objects that hold the memory of having been worn. What remains is a certain renunciation of luster in favor of the patina of time. 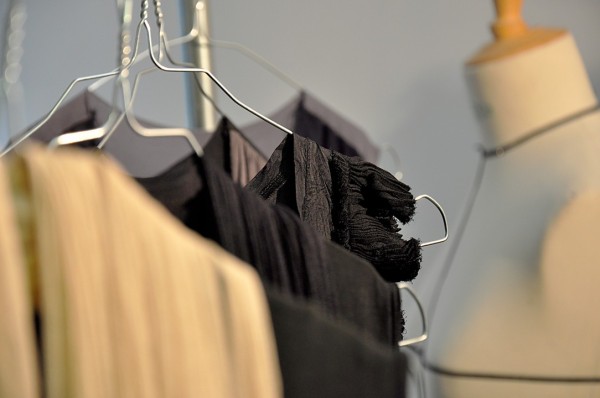 Novelty is to be found in the continuity of a recognizable style: colors across a range of discreet and nuanced shades of black, grey, marine and white; the authentic handfeel of fabrics spotlighting natural fibers such as silk, cotton and wool; a decisive and frayed bias cut that subtly evokes the unfinished and allows the vivacity of all sorts of fluidities; pleats and drapes that play with shadow; pockets and linings that suggest emptiness by willfully overstepping their borders; a transparency that allows superposition and sensuality. Motifs and ornament are absent beyond the grain of the fabric itself, which, smooth or dry, makes its presence felt.
Without question, the values of elsa esturgie are Japanese, though the women who wear these garments are joined together across ages and nations, having all been seduced by the brand’s minimalist aesthetic, deceptive simplicity and austere sublimity.