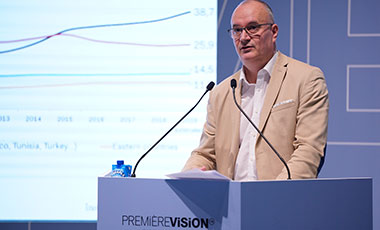 The health crisis we are currently experiencing has had an unprecedented impact on the fashion economy in France. In the best-case scenario, store closures during the containment period are expected to lead to a drop in sales of approximately 20% on average over the whole of 2020, i.e. more than the decline observed between 2007 and 2019. Store re-openings should bring about only a gradual resumption of business activity as the outlook for the pandemic continues to remain uncertain.

Beyond the considerable impact the crisis has had on fashion-industry business, it has also highlighted certain weaknesses or excesses in terms of how we operate. In this respect, the crisis has been quite revealing, and should encourage us to mobilize so that the day after the crisis becomes an opportunity to build a new eco-system.

To begin with, the confinement shed new light on the fact that inequality remains quite high in France. Housing conditions have made confinement difficult for a portion of the French population. Furthermore, many employees who were unable to work from home have continued to expose themselves to the risks of public transport. Not to mention the fact that a segment of the population has seen cuts in their income, especially as a result of partial unemployment. Therefore, when it comes time for the country to ‘return to normal’, price will continue to play a critical role in the purchasing decisions of some consumers.

The crisis we are experiencing has also revealed the excesses of globalisation. The mask shortage revealed the importance of maintaining an industrial base in France. Made in France has demonstrated, if it was still necessary, that it has a role to play in today’s fashion eco-system. And here we are talking about Made in France in its broadest sense, since our experience with masks revealed how important the availability of materials and fabrics is to react quickly to the risk of shortages.

The Covid-19 episode also highlighted the fact that the workings of our economy have a negative impact on the environment. While this is a well-known issue, the positive effect on air quality resulting from our confinement was nonetheless a symbol of a collective awareness. We have to make sure that the issues of eco-responsibility play a central role as we emerge from the crisis.

Yet while the pandemic has revealed some negative aspects, it has also highlighted some positive elements. The expected rise in online sales, wider use of social media and new ways of structuring work for a part of the population have shown that the economy is ready to step up the pace of digitalisation. This transformation could make it possible to avoid some unnecessary travel thanks to the growth of videoconferencing and, more fundamentally, it could help to improve our productivity.

Let’s close on another positive note, which is the tremendous enthusiasm demonstrated by all those working in the fashion and textile industries in mobilising to manufacture the masks that are critical to stopping the spread of the virus. This shows that greater solidarity is possible and that this solidarity can accomplish what seemed impossible just a few months ago. And we have to remember that when the time comes, so that the day after the crisis doesn’t look like yesterday.

Three possible scenarios exist for how retailers’ textile and apparel turnover evolves for the full year 2020 in France. An optimistic scenario of – 17%, with a return to normal consumption by the end of the year.  A mid-range scenario of -20%, the most likely outlook according to the IFM, with a gradual return in consumption. A worst-case scenario of -25% would be the result of a real break with the market trend, with a sharp fall in consumption. There are many uncertainties regarding both the duration of the crisis and the possibility of an eventual “return to normal”. As of today, a change in consumer behaviour cannot be ruled out.

Coming soon: new interviews with industry experts to shed economic and social light on the world of fashion today and tomorrow…