To explore the impact of the digital era and the evolution of denim culture.

A live discussion with a panel of emerging designers, with Kristian Guerra, co-founder of Ice Surface Temperature, as moderator.

Amsterdam-based Sophie Hardeman graduated from Gerrit Rietveld Academy in Amsterdam in 2015, launched her own eponymous brand almost immediately thereafter, and showed her first collection “Out of the Blue” during New York Fashion Week in February 2015. Her collections was shown during NYFW and as well during the LA and Paris Fashion Weeks.

HARDEMAN uses denim to break all conventions. The Amsterdam based brand takes everybody’s favorite material and transforms it into deconstructed, gender fluid clothes that couldn’t be further from your trusty 501s. Away with traditional ideas.

From cowboys to catwalk, HARDEMAN is the Dutch designer challenging the American denim history. With drag bar presentations and cowboy inspired films, HARDEMAN announces a new revolution for the jeans as a symbol of freedom. 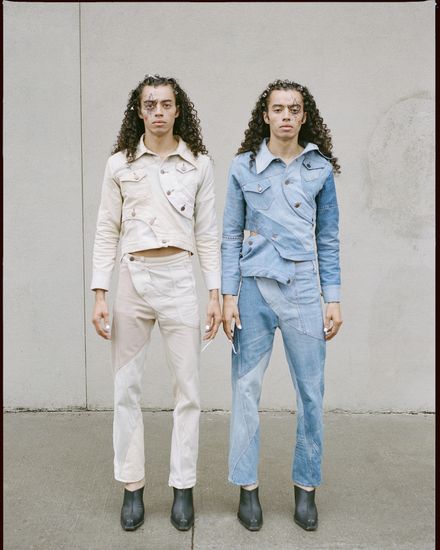 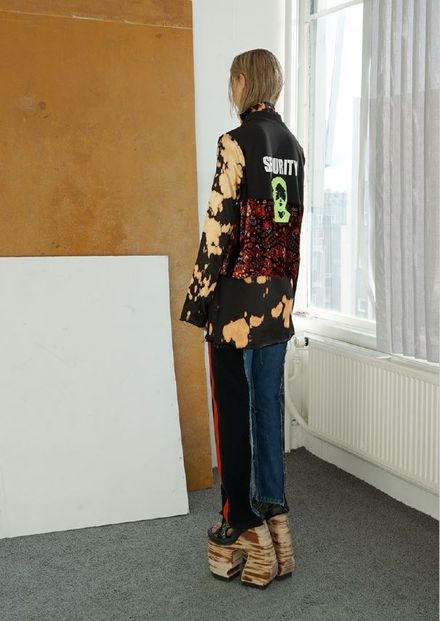 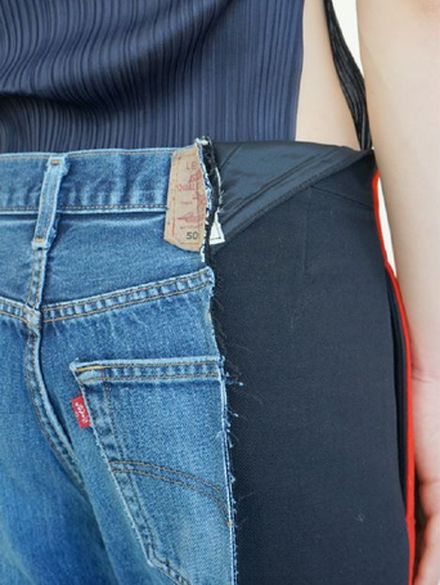 Duran Lantink (1986) is graduated from his bachelor in fashion design in 2013 at the Gerrit Rietveld Academie in Amsterdam. He was the winner of the prestigious Dutch Design Award in 2016 and recently graduated from the two-year Fashion Matters MA at Sandberg Academy in Amsterdam. Duran Lantink is known for his upcycling methods and collage techniques which reflect street style. Duran presented his first collection during Fashion Week Netherlands in 2014 and has worked as a stylist and designer for Vogue, Glamcult, kingkong magazine, G-star, Janelle Monae and many others. The beauty of diversity drives and fascinates the designer in all he creates. In 2019 he was shortlisted for the 2019 LVMH prize and during the London Fashion Week he was part of the project “Brave New Worlds: The Changing Landscape of Fashion” organized for the International Fashion Showcase 2019 at Somerset House.

For his project he got the prize “Special Mention: Collection” where he investigated the degeneration of consumerism, now reaching levels of total frenzy, imagining a post-Black Friday scenario.

“Bring dead stock back to life, and create a whole new life. By upcycling old stock and creating something new with it, I hope to inspire and set an example for high end stores and warehouses. Fusing sale items of luxury brands into one piece and creating something new, makes them exclusive and sustainable. In general I hope to change how people value products.” are the inspiring ideas of his work.

One common thread that binds his work is the desire to constantly challenge himself, to push boundaries and to create increasingly meaningful works.

Visual Artist, Art Director and Filmmaker with over 10 years of professional experience on a broad range of art forms, including film production and live, digital and immersive experiential installations. He seeks to explore, perception and spatial experience and how human interactions are shaped by specific contexts.

Directed and photographed videos and commercials for international clients including Fontana Milano 1915,Pininfarina, Rossinavi and Ron Arad, alongside music artists including Chase and Status, Marcel Dettmann, Pusha T, The Script, and Jason Mraz. He’s been able to do this and many other works like the extraordinary collaboration with Denim Premiere Vision through his role at Immersive (a multidisciplinary London-based design studio that provides solutions for audio-visual experiential design), and also through his own project, the FLMRS Studio– a collaborative practice, bringing together a Visual Artist team producing artwork and working directly with brands on bespoke commercial projects in complementary field of spatial design, sculpture, site-specific installation and video art. 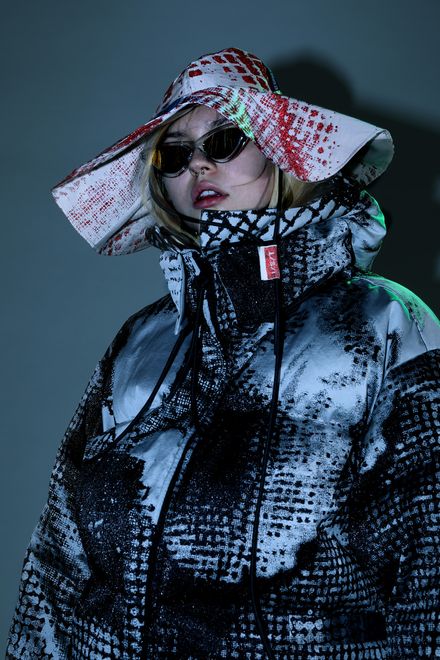 Born in padua in 1988, kristian guerra is fascinated by the deep relation that exists between

Clothing, urbanculture, rugged attitude and forms of communication. He attended a degree course in fashion design at iuav university of venice. After graduating, in 2011, kristian was selected as one of the finalists in the tenth edition of the Its (international talent support) contest in trieste, winning the “fashion special prize” and the “D La repubblica prize”.

Thanks to his talent and the visibility achieved, kristian guerra started collaborating with

Various brands, in the fields of both style and communication. The common denominator of his work is a short-circle made of sense, functionality and gender; Mixed with streetwear influences and his attitude to innovation. His universe is a place where concepts are fluid, where ideas become obsessions and obsessions Evolve in provocations. In his work enormous attention to materials merges with big respect for Human differences. Kristian is the co-founder with Laura Guerra of the brand Ice Surface Temperature.